Overpass is a custom typeface that initially began in 2011 under commission from Red Hat, Inc. The design is an interpretation of the well-known letterforms from the “Standard Alphabets for Traffic Control Devices” published by the U.S. FHWA. Starting from those specs, critical adjustments were made to create an optimal presentation at smaller sizes on-screen and for display sizes.

Overpass is comprised of 20 fonts ranging in weight from Thin to Heavy, with corresponding Italic styles, and Monospaced variants. The encoding supports dozens of Latin alphabet based languages.

Red Hat generously made the Overpass typeface freely available to the public as Open Source and its further development by Delve Fonts continues today with support from additional sponsors and patrons.

Overpass is a trademark of Red Hat, Inc. 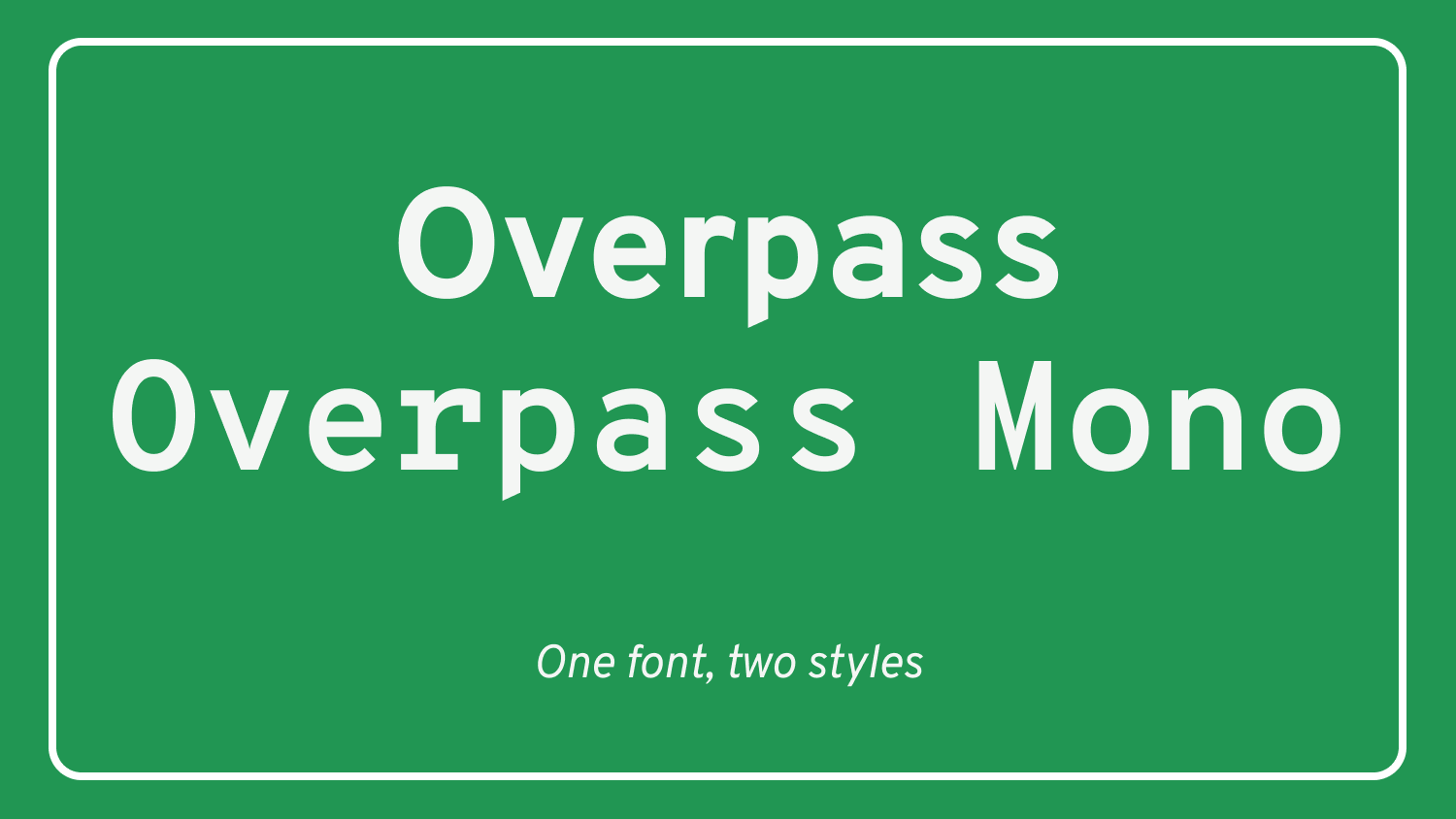 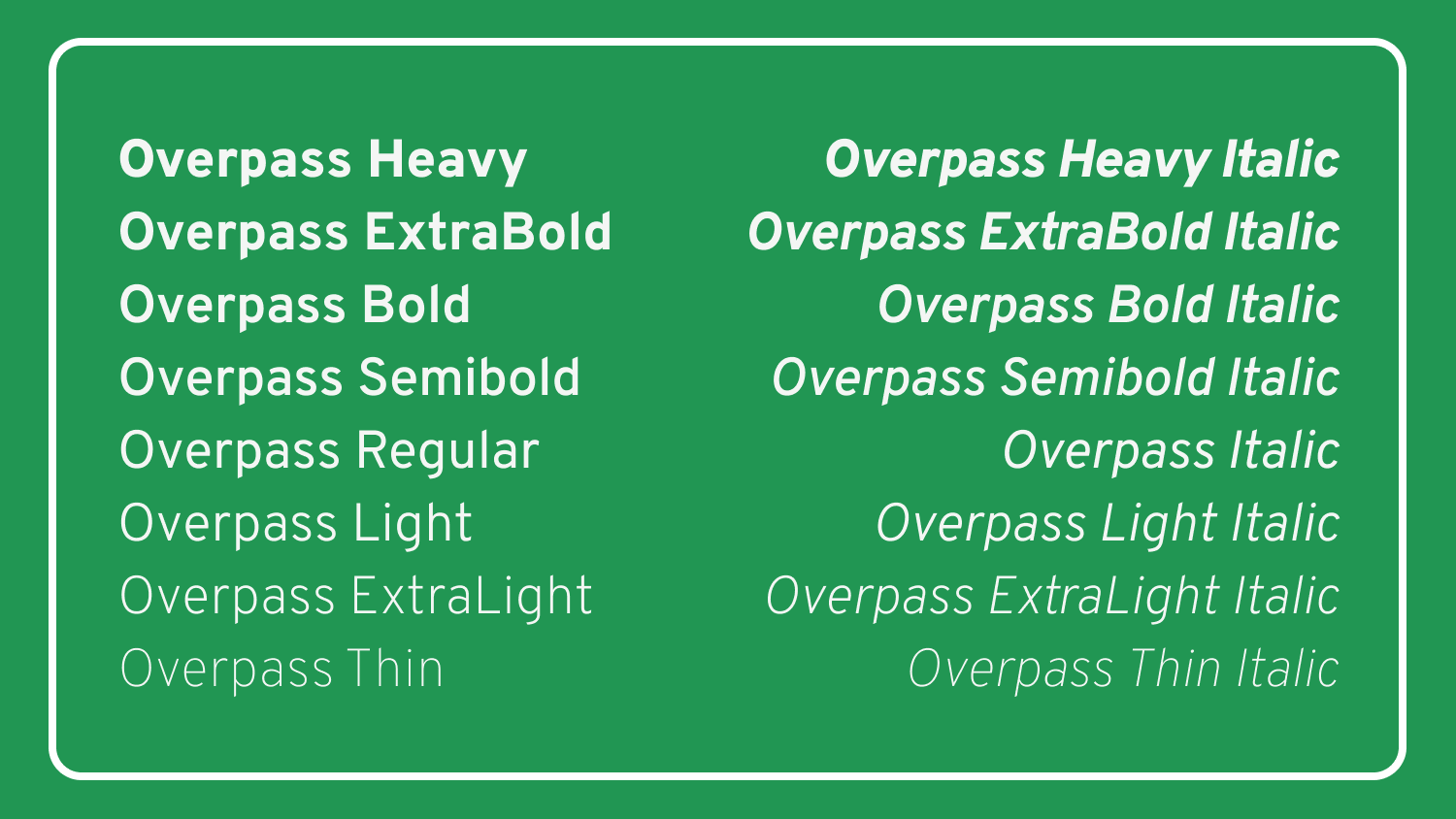 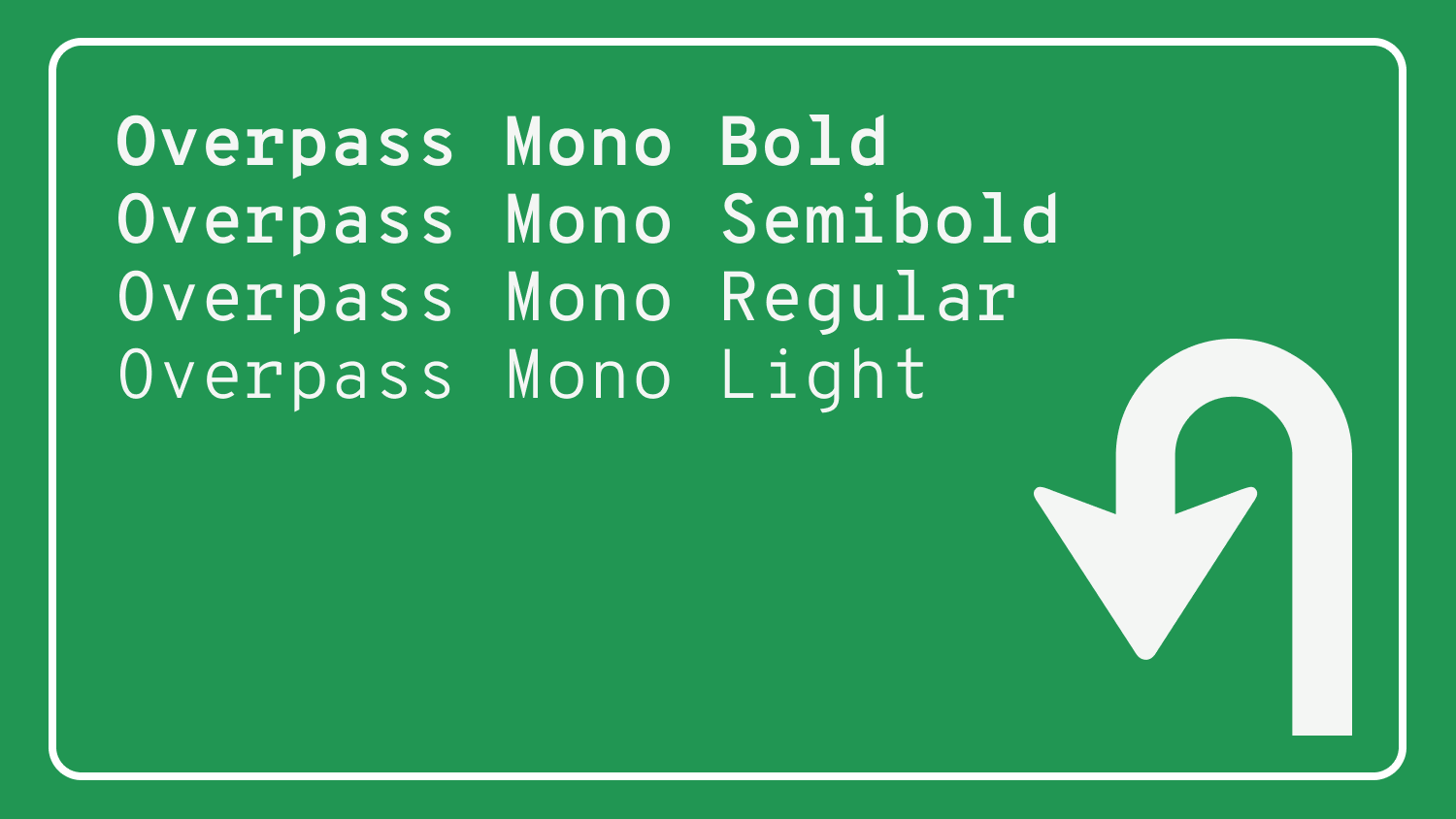