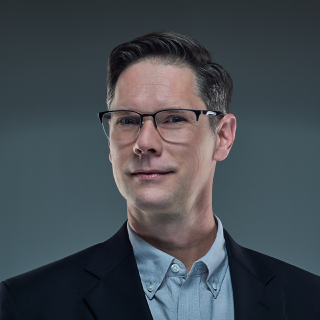 Delve is the founder of Delve Fonts and a type designer with over two decades of ex­perience developing fonts. He previously designed type at Font­Shop and Monotype and has worked with master type designers Sumner Stone, Robin Nicholas, Jim Wasco, and others. At Delve Fonts he col­lab­orat­es with other designers to publish original typefaces and create custom type on commission for clients.

Withrington is one of GDUSA’s People to Watch in 2021. He served as an officer on the SOTA board of directors (the organizers of TypeCon) from 2012 to 2018, founded the San Francisco chapter of Type Thursday in 2016, and has been a member of the Type Directors Club since 1997.

He lives with his family on the island of Alameda in the San Francisco Bay Area, where he also enjoys gardening and cooking.